Is there a difference between an electric and acoustic guitar?

The first thing to know is that electric guitars are not just a louder version of acoustic guitars. They are quite different in many ways. For starters, electric guitars have pickups that capture the vibrations of the strings and transform them into electrical signals. These signals are then amplified through an amplifier to create the sound you hear coming out of an electric guitar. Acoustic guitars, on the other hand, rely on their body shape and materials to create their sound. They don’t need pickups or amplifiers because they are already fairly loud on their own. 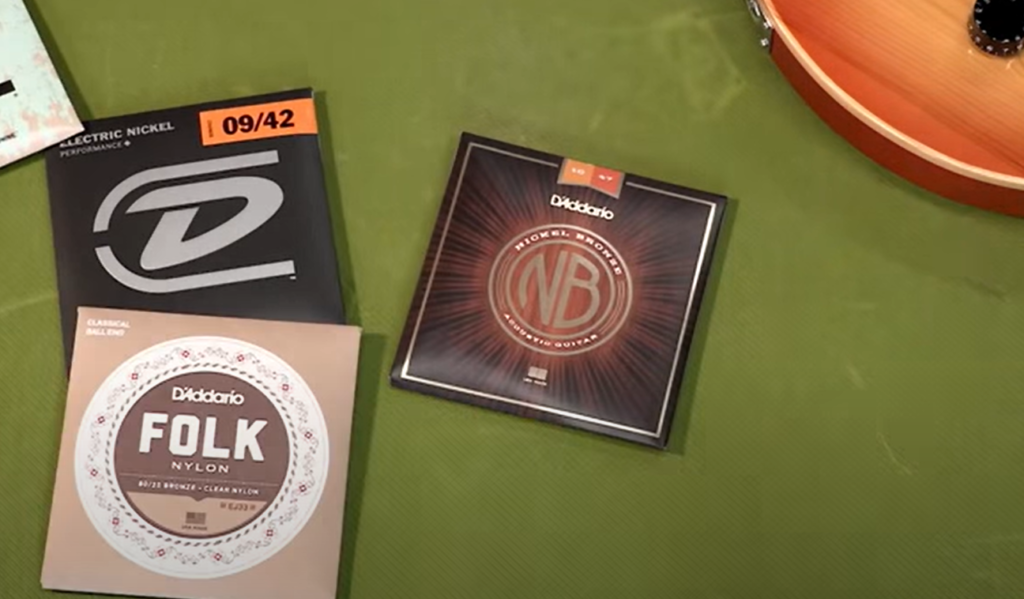 One major difference between electric and acoustic guitars is the number of strings each has.

Acoustic guitars usually have 6 strings, while electric ones can have 7 or more.
There are a few exceptions to this rule, but we will get into that later. Another difference is the size of the strings. Acoustic guitar strings are typically thicker than electric guitar strings. This is because they need to be able to create a louder sound without the help of an amplifier. Strings of electric guitar may be thinner, because amplification is what causes the sound.

Knowing the difference between electric and acoustic guitar, let’s dive into the building of electric guitar.

Construction of an Electric Guitar

First, to understand how an electric guitar works, we need to see how it is constructed. An electric guitar typically has four main parts: the neck, the body, the fretboard, and the headstock.

The neck is attached to the body and extends outwards. The fretboard is mounted on top of the neck. The frets are raised metal strips that run perpendicular to the strings. They are placed at specific intervals and used to create different notes. The headstock is located at the end of the neck. It holds the tuning pegs, which are used to tune the strings.

Let’s take a look at the type of strings, and how many strings each guitar has:

As you can see, there is a lot of variation in the number of strings that electric guitars have. The most common type of guitar, the acoustic guitar, has six strings. Electric guitars can have either six or seven strings. Classical and nylon string guitars can have anywhere from six to eight strings. And finally, resonator guitars typically have either six or eight strings.[1]

Now that we know how many strings different types of electric guitars have, let’s talk about the strings themselves.

Other tunings are used for different styles of music. For example, drop D tuning is often used in metal music. In this tuning, the lowest pitch string is tuned to D instead of E. Many alternative tunings can be used for creative effects. 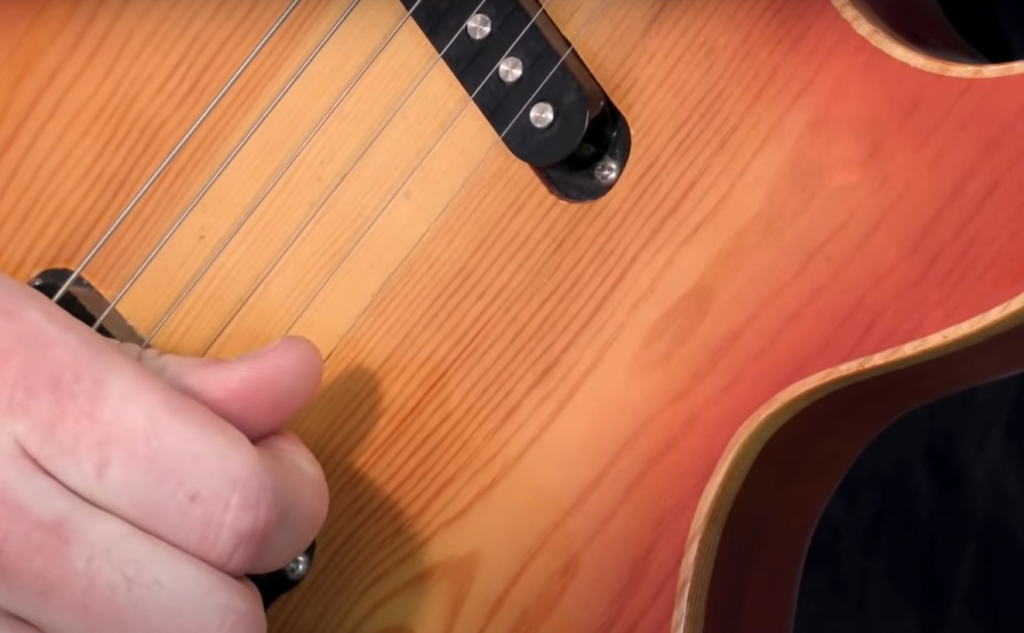 Where it All Started

The first electric guitar was invented in 1931 by George Beauchamp. It was called the “Frying Pan” because of its circular shape. This guitar had a metal body and used magnetic pickups to amplify the sound. [3]

Before the invention of electric guitars, there was a long period when they were not necessary. The need emerged when music groups began to build large followings and audiences for concerts became too big for the typical guitar to provide the desired mood.

The situation rapidly got worse in the 1880s, and music bands needed to find a replacement that would make their concert hall outings more exciting. They soon started using drums and brass instruments to power up their stage performances, which caused acoustic guitars to become second-tier instruments. This is because it was becoming increasingly difficult for band musicians to hear melodies coming from them in most cases. At this point, there was a dire need for the invention of a guitar that could match the level of energy needed in large concert halls.

Beauchamp met Rickenbacker in Los Angeles, where they signed a contract to collaborate on an endeavor that would modernize the electric guitar. Adolph Rickenbacker was already well-known for his company’s success in the creation and marketing of various electric musical instruments. His company, Rickenbacker International Corporation, was popular because he was able to take advantage of good opportunities in the musical instrument manufacturing industry.

Rickenbacker collaborated with Beauchamp, and after many attempts developed an electromagnetic device that was specifically built to pick up vibrations from guitar strings with greater clarity. Obviously, the experiment succeeded, and electromagnets were able to convert string vibrations into electrical signals that may be amplified using speakers. 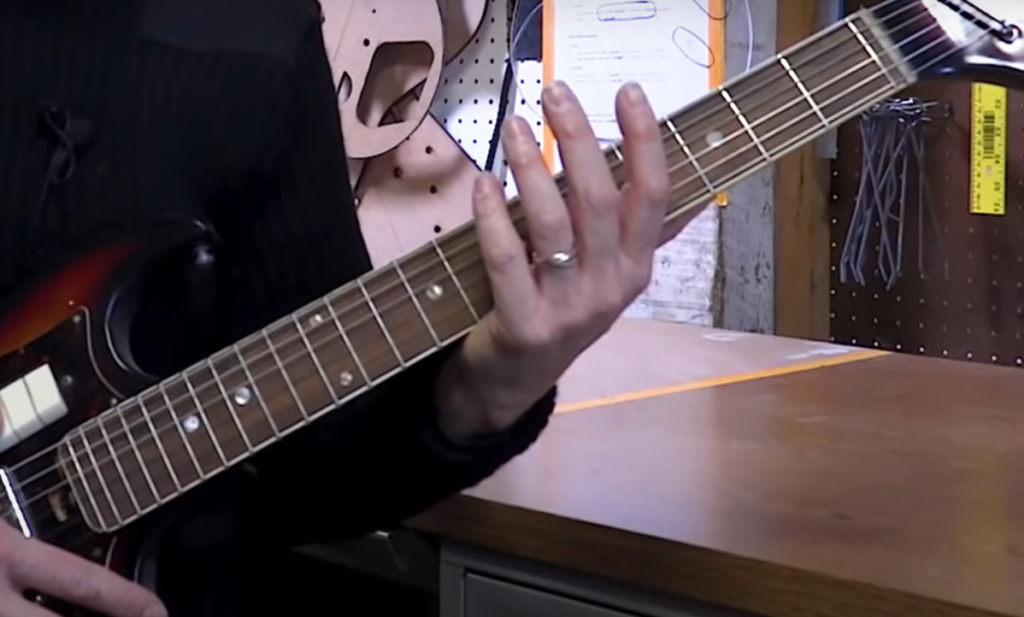 By this time, it was clear that rock music had been transported to a new level.

The first famously produced electric guitar was introduced by Gibson in 1952. It was called the Les Paul and is still the electric guitar that is mostly used till this day. Les Paul had a solid body and two pickups.

Today, there are countless electric guitars from various brands that are available on the market. They come in all shapes, sizes, and colors. It’s not a problem to find a guitar that will suit you personally.

Six-string guitar is still the most popular one among other guitars. Six-strings guitars are typically made with a solid body and two pickups. The two most common pickup types are humbucking and single coil. Humbucking pickups are less susceptible to interference and produce a fuller sound. Single coil pickups are more prone to interference but have a brighter sound.

There are all sorts of different ways to play a six-string electric guitar. You can play it with a pick, your fingers, or using a slide. You can also use different techniques like strumming, picking, bending, and vibrato.

Six-string guitars are the most popular and can be used in a variety of musical styles. Whether you want to play rock, blues, pop, or any other kind of music, a six-string guitar will help you get there.

A typical guitar has six strings with standard EADGBE tuning. This means that E is the lowest note a string can be tuned to. A bass guitar has only four strings. EADG strings with the same tuning as the first four strings on a regular guitar, just an octave lower in pitch. The peculiarity of this difference is that the bass has fewer strings and fewer tunings than a regular guitar.

Extended range guitars have more than six strings. These guitars typically have seven, eight, or nine strings. They are tuned to the standard pitch sequence but with additional high or low pitches.

Seven-string electric guitars have more power and range than six-strings. An additional bass string opens up new possibilities for the guitarist’s creativity, and new chord fingerings enriched with additional notes will help you find interesting sound solutions. These guitars are used in heavy styles of music such as alternative rock, heavy metal, etc.

Pickups. Special high-output humbuckers are designed to provide a special low sound of such guitars and are designed to take into account the extended range of the instrument. 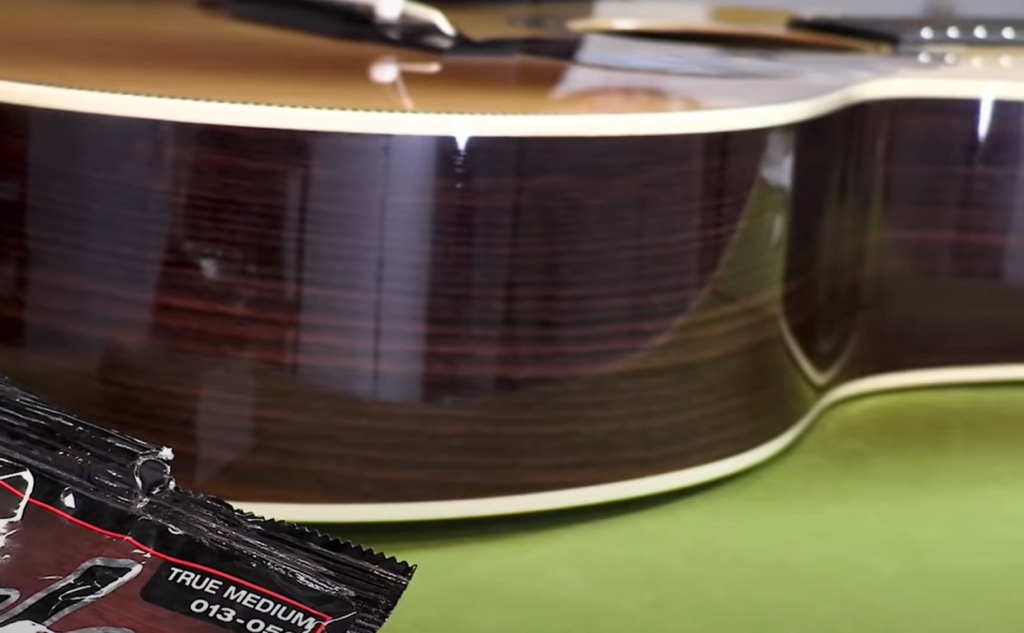 A large selection of seven-string guitars can be found from manufacturers such as YAMAHA, IBANEZ, LTD, SCHECTER, WASHBURN.

The concept of eight-string guitars refers to electric guitars, but they can also be found much less frequently than seven-string and, especially, six-string ones. This type of guitar has two additional strings, they are used in the styles of jazz, metal and classical music. Two additional strings allow you to significantly expand the range of sound or make a non-standard system on the guitar. Eight-string guitars have a powerful sound, close in range to the sound of a piano.

But often you can find eight strings in guitar-like instruments, located horizontally, which are played with a slide (Lap steel guitar and pedal steel guitar).

The eight-string electric guitar became really popular in “heavy” musical styles, thanks to the Swedish band Meshuggah, who use this instrument to create heavy riffs.

The nine-string guitar has three additional strings, which allow you to significantly expand the range of sounds, as well as use non-standard tunings, which opens up great opportunities for musical experiments.

Multi-neck guitars are exactly what they sound like: guitars with more than one neck. These instruments are typically used by guitarists who need to be able to switch between different tuning setups quickly, such as when playing in a band that uses both standard and drop-tuned songs in their setlist.

While multi-neck guitars aren’t for everyone, they can be a great option for players who need the versatility that they offer. If you think a multi-neck guitar might be right for you, we recommend checking out some of the models from Gibson and ESP. [5]

Do electric guitars have 4 strings? 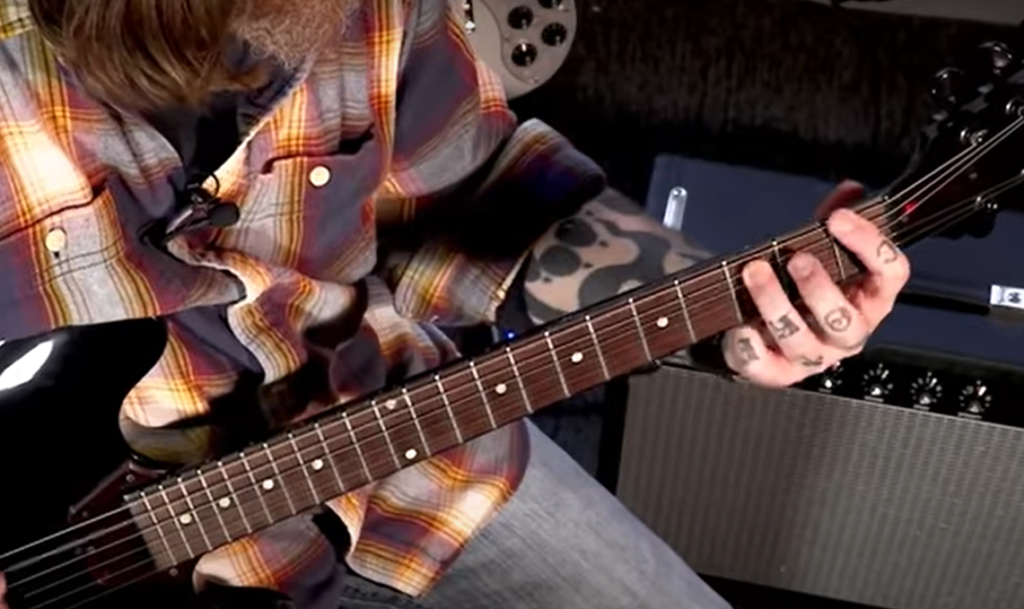 So while the vast majority of electric guitars have six strings, it is possible to find models with anywhere from four to nine strings (and more). It really just depends on what you’re looking for in an instrument.

Which is the best guitar for beginners?

There is no “best” guitar for beginners. It really depends on your budget, what style of music you want to play, and what kind of sound you’re looking for. With that said, we generally recommend that beginners start with a six-string guitar as they’re easier to learn on. From there, you can experiment with different string counts to find what suits your playing style best.

Is electric guitar hard for beginners?

No, electric guitar is not hard for beginners. In fact, it’s often easier to learn on than acoustic guitar because you don’t have to worry about pressing down the strings as hard. With that said, it’s still important to put in the practice time if you want to improve your skills. Like with anything, the more you do it, the better you’ll get.

Do I really need an amplifier?

Yes, you will need an amplifier for your electric guitar unless you are planning on playing acoustic-electric. The amplifier is what takes the signal from your guitar and makes it louder so that everyone can hear it. You can practice without an amplifier, but it won’t be as loud and people around you may not appreciate it as much.

There are a few different types of amplifiers, but the most common one for beginners is the combo amp. This type of amplifier combines the preamp (where you control things like volume and EQ) and the power amp (which amplifies the signal) into one unit. Combo amps are great because they’re affordable and easy to use.

How many strings does a classic guitar have?

The electric guitar typically has six strings, but there are also seven- and eight-string guitars available. These extra strings can open up new possibilities for chords and melodies.

Some guitarists prefer the extra range that these extended-range guitars offer, while others find them to be too difficult to play. Ultimately, it’s a matter of personal preference.

If you’re just starting out on the electric guitar, we recommend sticking with a six-string model. Once you’ve mastered the basics, you can always upgrade to a seven- or eight-string guitar if you want to explore more advanced techniques.

We hope you’ve enjoyed this exploration of electric guitars. We think it’s amazing that with just a handful of basic ingredients- wood, metal, plastic, and some electronics- we can create such an intricate and powerful instrument. And while there are many things still to learn about guitars and their players, one thing is for sure: the guitar is here to stay. Thanks for following along! 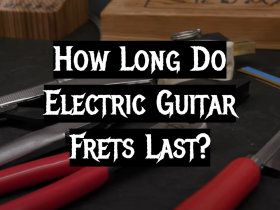 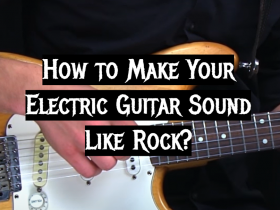 How to Make Your Electric Guitar Sound Like Rock? 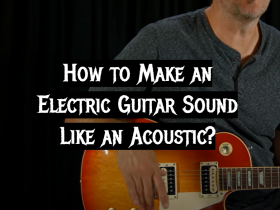 How to Make an Electric Guitar Sound Like an Acoustic? 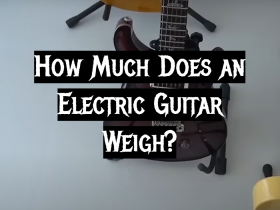 How Much Does an Electric Guitar Weigh?